Keeping Track of Drought Predictions for 2021 – What Should You Expect? 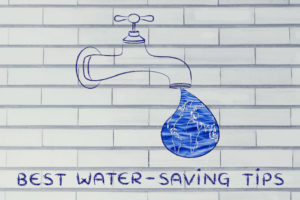 This period during the end of 2020 and the beginning of 2021 has been eyed for a while by meteorologists and experts in agriculture alike. The reason is that, while in some areas, existing droughts are expected to subside, in most parts of the country they are predicted to either persist, or to give way to even more severe droughts as early as the spring of 2021.  Applying drought lawn care products from The Richlawn Company will help immensely.

Depending on where you live, droughts might get better or worse. In the midwest and parts of the east coast, including South Florida, and parts of South Carolina, North Carolina and Virginia, droughts are not expected at all. Also, if you live in certain northern areas such as parts of Illinois, Pennsylvania, Montana or Oregon, existing droughts are even expected to subside.

The worst parts include the entire south-western and central part of the country, including Colorado, Utah and California, as well as Texas and New Mexico, where droughts are either predicted to persist or new droughts are likely to appear in areas that were not affected previously.

Generally speaking, the forecast is somewhat worrying, but there are hopes for improvement as well. To make sure you take all the necessary precautions, look up information regarding upcoming droughts in your own state and what you can do to counteract their negative effects.